The Connecticut Valley Symphony Orchestra is the Capital Region’s oldest community orchestra. It was founded in 1930 during the Depression as the String Orchestra of the Hartford School of Music. In 1968, due to declining membership, the orchestra reorganized and changed its name to the Connecticut String Orchestra (CSO).  The charismatic Renato Bonacini, newly appointed concertmaster of the Hartford Symphony, took over as conductor, infusing new energy and excitement for the next 21 seasons.

After Bonacini’s retirement, Thomas Crawford led the orchestra from 1989-1992, followed by Tibor Pusztai (1993-2005).  During this time the orchestra expanded its repertory to include woodwinds and brass on a regular basis. With these instrumental additions the group voted and in 1995 became the Connecticut Valley Chamber Orchestra (CVCO).

Christopher Hisey led the orchestra from 2006-2010. After a search for his replacement, Joseph Hodge was appointed as Music Director in April 2012.  Hodge brought a high level of musicianship and energy not only to the stage but to weekly rehearsals. Under Hodge’s direction the orchestra drew in new members, showcased a variety of local and regional soloists, and expanded its audience base.  As reflects the ever-evolving nature of the orchestra, our name was changed in April 2014 to The Connecticut Valley Symphony Orchestra (CVSO).

Hodge left in June 2018 to pursue his doctorate so the 2018-2019 Season was a dedicated search year.  After the April 2019 concert, Paul McShee was appointed as CVSO’s newest Music Director.  The CVSO is looking forward to rising to new levels under McShee’s leadership. 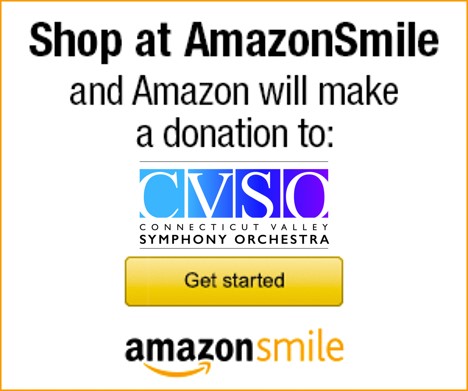